Oxford handed out another thrashing to Cambridge in the Varsity Match held at the HAC in the heart of the City. This was a record breaking sixth successive victory, the longest winning sequence in this annual event since it’s inauguration in 1981.
The Light Blues have scored just one try in the last four years, and rarely looked like adding to that tally in a largely one-sided affair. Oxford were far more organised and assured, taking the chances that came their way.
The opening exchanges were pretty even, which promised a much more competitive game, but once Oxford opened their account in the seventh minute there was only one side in it. That try came from centre Chris Mansfield who came steaming on to a short ball and proved unstoppable on his way to the line.
James Clark converted and he was on target five minutes later when his side forced a goal line drop out, which saw centre Charlie Davies go over down the left. Cambridge squandered a number of promising positions with handling errors and their opponents made them pay. Calum Lomas scooted over from dummy half following terrific break from
Yoni Dennis and the barnstorming prop then crashed over from short range. Clark converted both for a 24-0 lead at half time.
Oxford increased their lead early in the second half, a neat offload by prop Will Key set up a good attacking position which resulted in wing Josh Marshall collecting a high kick to the corner by Crawford Matthews and touching down. Hard working loose forward Mark Giza then touched down after a strong 30 metre run and Mansfield collected his second minutes later, a 60 metre effort following a slick move which began deep in their own half.
Cambridge had a number of promising attacks but their execution of final plays was poor. Hooker Dougal Balfour came within inches of opening their account but he was denied by some good defence.
Oxford wing Connor McCleary wrapped things up with a sparkling 60 metre sprint up the left hand touchline before crossing under the posts.
Mark Giza was named Man of the Match. 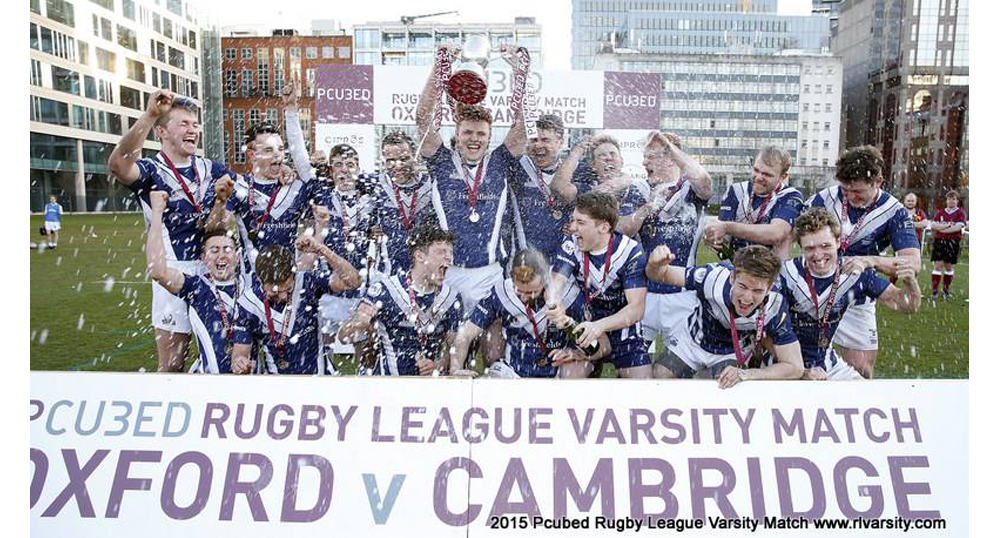