A disastrous opening 16 minutes saw the Blues narrowly failing to score and the Light Blues going on to score a point a minute!

However, as the half progressed, the Dark Blues steadied the ship, stuck to their game plan, and clawed their way back into the game. Two unconverted tries were just reward for their efforts.
The second half saw Oxford at their best. Their attack was clinical and defense awesome.After half an hour the score was a comfortable 26 – 16. Cambridge looked totally demoralised. Demoralised, that is, until they scored. It was now Oxford’s turn to be on the back foot as the seconds dripped slowly away.
With 40 seconds left on the clock Cambridge narrowly failed to score, the ball going dead. Instead of meandering for a 20 m restart, the Dark Blues rushed to the restart and gradually forced their way downfield where, at the death, they scored the final try! 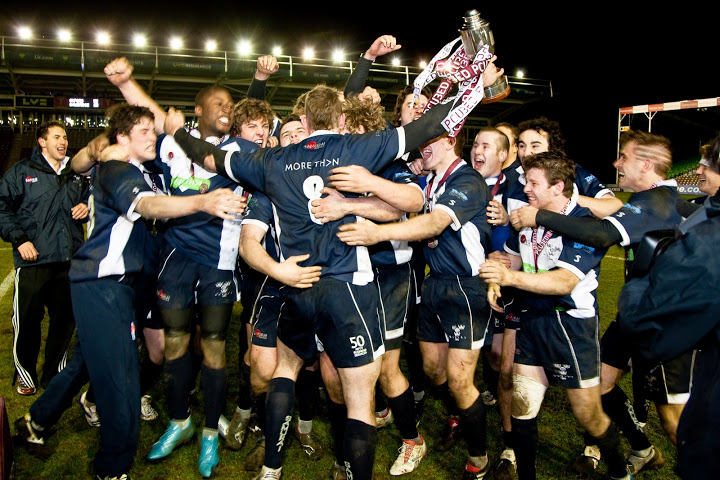